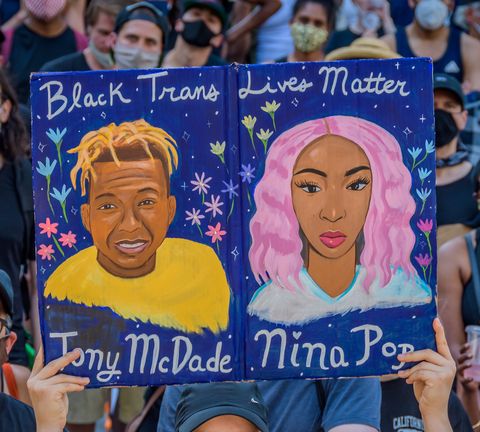 ALL BLACK LIVES MATTER! From education to housing discrimination to police brutality, Black transgender and gender non-conforming people face some of the highest, most devastating levels of discrimination in the US. Per the National Transgender Discrimination Survey, 26% of Black transgender people are unemployed (4x that of the general population), 41% have experienced homelessness (5x that of the general population), and 34% report a household income of less than $10,000 per year. HALF of the survey’s Black respondents who expressed a transgender or gender non-conforming identity in school reported facing harassment. HALF of Black respondents reported having attempted suicide. During only the past three weeks, three Black trans people have been murdered – we demand Justice for Dominique “Rem’Mie” Fells, Justice for Riah Milton, Justice for Tony McDade. In our continuing fight against systemic racism, it is vital we do everything in our power to lift up this vulnerable community.